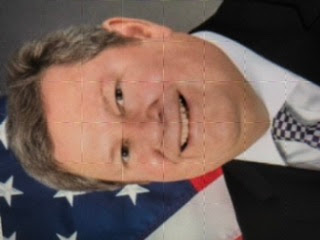 The question that many people in the DRC were asking themselves is what is this USA ambassador doing in DRCONGO villagers? Last year he was seen sitting in the grass with villagers in the highlands of Mulenge, in Minembwe despite the factor the area was in its fourth year of genocide against the people of Minembwe_the Banyamulenge people.

Back then, everyone was quite optimistic that the USA was going to use its influence on the Tchisekedi government and the MONUSCO to stop the ongoing genocide against Banyamulenge. Especially given that the USA ambassador has himself taken the courage to see first hand the painful experience of war and genocide that the people of Mulenge were going through.

But to everyone's disappointment, ambassador's visit was not any different from other normal or CIA tourists in the region. The only difference, is that tourists don't promise fictional aid to poor miserable refugees/ internally displaced people.

The following is talk of Mr. Mike Hammer, USA Ambassor in the DRC during his two days visit in the town of Uvira, southern Kivu  As you know, in October last year I visited the Highlands, where I visited Minembwe, Bijombo and Mik (DRC).

The US proceeded by stating that he came "to see for myself the security situation and relief efforts in Uvira", due to 'how the United States is concerned about what is happening here.

Justifying his motive to come to Uvira, he said he also went to Uvira, for the the same reason he went visit other

places in the region; as today, where he talked to various authorities, especially the traditional chiefs of different ethnic groups, so that he could better understand the nature of the problem and the current situation in this mountainous region known as haut plateaux d'Itombwe

(highlands or high and low hills of Itombwe).

So what I have heard, is that all ethnic groups want to live in peace, so he claims. That's what everyone wants, and to do that which is possible to end this chaos. The ambassador reaffirmed the public that the United States also to support the efforts to end the conflict through the partnership with the Congolese government, but also through the work of MONUSCO — which has a responsibility to protect the people.

I would also like to urge relief agencies to step up their efforts to help reach the highlands, because it is a matter of concern, added the ambassador;

He reiterated that all tribes/ethnic groups he listened to, felt that they had the right to live in peace, that they were all Congolese; and "I believe that it is possible to promote peace in the high and lowlands". Said Ambassador Hammer.

The ambassador also stressed the importance of understanding that the Banyamulenge people are as Congolese citizens as other Congolese. That's at least one immediate positif things.

However, one wonders what is the real motive of the USA ambassador's visits in villagers? One thing is clear: it's not for the best interest of the people of those villagers! Wait and see.