THE FUTURE OF MULENGE IS OUR RESPONSIBILITY

Our Future, our Responsibility.

It is well known that many diaspora communities around the world have increased their countries' economies and helped their nations to achieve great development goals.
Many african diaspora communities have been largest source of foreign capital after foreign direct investments in their respective countries.
Diaspora has most contributed to their homeland economies in various ways including but not limited to land purchases, house building and business start-ups. The most popular uses for remittances sent by the African diaspora has been in helping their families and investing in the above sectors.

With about 50 thousands Banyamulenge people living outside their homeland, one can safely say that the Banyamulenge diaspora is a vital lifeline for not only their families, but it could also be it for their territory of Minembwe. One thing that is sad particularly in the Banyamulenge case, is that most of the remittances from those living abroad is contributing to bring people from Mulenge to neighboring countries where they can easily afford to live as they also in turn start their own journey to go abroad. Therefore, instead of using their remittances to help their relatives live better in Mulenge or help reduce poverty in their villages, thus increase investments in health, education and housing, the banyamulenge diaspora by in large is becoming another enabling factor for the massive exodus from Mulenge to overseas.

What do you think? Can those of us who have left Mulenge and settled in different countries help drive the development of Mulenge, or we should use our resources to empty Mulenge of its people by setting the goals of bringing our relatives to neighoring countries and encouraging them to go overseas? We all know that we can do almost nothing to make people not leave their villages in Mulenge due to mainly insecurity and other political or economic factors. But it is also true that those who stayed and still live in Mulenge need the support of those who left in order for them to continue living there especially if there are some economic initiatives that are aimed at improving their lives and developping our homeland.

What are your thoughts, and much more what is your contribution in those initiatives? The main question is this, if given the opportunity are you willing to contribute even a small amount of money that can make a big difference if pooled together with hundreds and thousands more contributors like you to make a big difference in Mulenge? Let us know if you are one of those who think that our collective contribution can make a larger impact in the development of Mulenge.


Some analysts of Banyamulenge community have unequivocally agreed that the best way to not only stop a rapidly increasing influx of people leaving Mulenge, but also preparing for their future return is to invest and build Mulenge. Doing so will not only help stabilise Mulenge, but it will also prepare the future return of many members of the diaspora who will not be afraid of returning to a primitive way of living, but to a modern environment with basic infrastructures such as better housing, clean water, electricity, transportation and communication. Therefore, investing in mulenge is the most important thing any Mulenge who loves his/her homeland can do. The question for you reading this article is this: would you be one of those planning to build Mulenge or one of those who think that building Mulenge is a fantasy, not realistic and a waste of time and money? if you are one of those who love Mulenge that much that you are willing and committed to contribute to its development, please contact us by making a comment on this article, and giving your thoughts.

Our Future, our Responsibility.
By

Posted by Minembwe at 1:49 PM No comments: 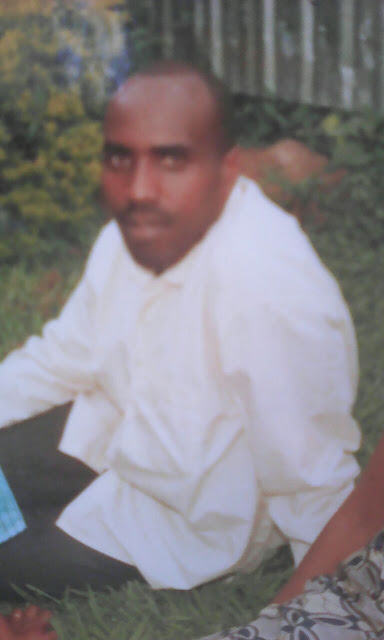 Today, mulenge villages are again mourning another tragic death of one of it's sons murdered by Mai Mai militias in the village of Gatanga, (Mulenge) in the southern Kivu province of the DRCongo. The deceased is called Gapapa, the son of Ndege, who was a civilian attacked and killed on the spot by the mai mai troop. This killing is following hundreds of other such brital killings of Banyamulenge people in Kalemie, in Shaba.
Every month there a dizaine of Banyamulenge, men and women killed by a band militia Mai Mai thugs at a significantly higher rate than the rest of the population in the east of the Democratic Republic of Congo. The most disturbing reality is to see how these militias have been given the uttermost freedom to operate even in government supposedly controlled areas and are not deterred by the government forces. While the Melange high plateau is a secluded rural area where human right organizations seldomly arrive, the local media have been reporting the high outcry of the local population accusing the Congolese law enforcement of failing to protect the population from violence, disappearances and murder, while calling for an inquiry into the matter.
Not only the Banyamulenge people in eastern Congo have been a target of violence by the Mai Mai militia, it's important to note that their women and girls are at greater risk for sexual victimization by these murders and sexual predators, who have been acting as serial killers, and unpunished criminals.
In light of this report of systematic killing of civilian population in Mulenge, which has made headlines for some time now, the Journal Minembwe  sparks a fresh outrage by asking for an international human right inquiry into the disappearances, and systematic killings of Banyamulenge people in their villages, and why it is not high on the Congolese government's radar. This question must be answered by government officials: how can the UN forces in eastern Congo whose sole mission is supposedly to stop armed groups in eastern Congo has failed to disarmed a small band of ethnic armed group called Mai Mai? Why is always the case for the UN forces to willing decide to not protect the civilian population especially and specifically when the victims are Tutsis,
but act promptly when other ethnic groups face violence? How come there is no single instance where the UN forces have taken an initiative to disarm the Mai Mai militia despite the fact that it has been killing the civilian population in Mulenge for over a decade?  Is it to justify their stay in that country? It's obviously the case considering how they have used this opportunity to enrich themselves at the expense of the local population. The another question is how can the DRC government justify their lack of action when it comes to disarm the Mai mai group? Could it be also because the victims of the violence are the Tutsi population? It goes without saying that the Banyamulenge people have been attacked by the government forces at more than occasion in the past. One wonders whether the saying that: " qui a bu boira" may not be the reality in place; and the sad story is that even the members of the same victimized population currently in the government either soldiers or civilians may have not been singing the "Que sera, sera" chorus.
In any case, in this report, Journal Minembwe has found that Banyamulenge frequently suffer more severe forms of violence than non-Banyamulenge in Congo. Banyamulenge people elsewhere in all provinces in DRCongo are also more likely to fear for their lives as a result of ethnic violences from their neighbors and sometimes even government forces whenever there is political or civil conflicts in their own country.
A lack of safe, and peaceful environment in their respective villages has caused not only a massive exodus of Banyamulenge villagers fleeing for their lives and going to neighboring countries, but also can keep the country in unsafe and instable situations, in the event it causes them to also pick arms and defend themselves through unsafe and violent means, such as forming rebel groups due to the fact that the government has failed to protect them and left them to become vulnerable to predators.
Journal Minembwe is strongly calling for the support of national and international action plan or a nationwide inquiry into the issue of systematic killing of Banyamulenge men, women and youth by a seemingly government supported militia group. Here we say government supported due to the fact that there has not been proof of government forces using vigorous means to stop and disarm Mai Mai groups; because this is a very small and unsophisticated armed group. There is undeniable evidence of lack of political will in the DRC to disarm the ennemies of the Banyamulenge Tutsi population in that country.
However, there is an obligation by the Congolese government and other national and international human right organizations to treat this as a human rights issue. The Congolese based human right organizations often demands the DRC and other nations to live up to their human rights obligations, but have been ignoring the violence committed against Banyamulenge population as a Congolese government's own problem.
All we are saying here is that the government of DRC has the obligation to protect its population, and the human rights organizations puts the people who are harmed at the centre regardless of their ethnic background, race or religions; and the people who are harmed now the Banyamulenge people in eastern Congo want protection, and justice. Journal Minembwe is calling for your action by bringing forth this issue to your attention and no one will never claim the lack of information on this matter.
Posted by Minembwe at 1:02 PM No comments: Posted by Minembwe at 8:11 PM No comments: