Genocide Warning in Mulenge. Never Again is now Once Again. 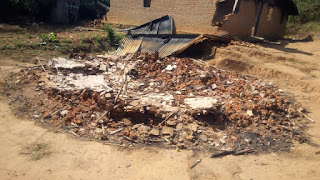 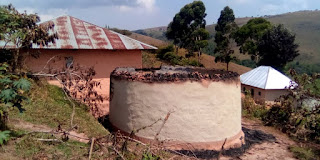 Minembwe villages of Kalingi and Kahwela are reported to have been once again attacked by Mai Mai militias, after recent attacks in Mibunda that have resulted in massive refugee crisis Minembwe.

Minembwe district ( Commune) has been under constant attacks by the coalition of Mai Mai militias and Burundian rebels of Red Tabara for the last nine months. But the entire Mulenge region has been under Mai Mai attacks since 2016, and has seen little if any government support. Ten of thousands of people continue to be victims of this heinous crimes while their so called government watch and do nothing about it.

It's crucial to mention that since DRCongo's independence from the Belgium in 1960, the political integration and security situation of Banyamulenge in the DRCongo has always been unstable, despite a short lived peace there and then. Despite being in what became the Congo Belgium before the 1885 Berlin Conference that arbitrary divided Africa into various national states, the Banyamulenge people continue to face political and military persecution in their own country (Democratic Republic of Congo) due to their historical and cultural heritage.

The Banyamulenge, are DRCongo's most oppressed minority; and remains under the fifty-five year tyranny of DRC government military  and tribal militias. It should be known that the current crisis is a planned genocide currently in implementation phase and should be a grave concern to the international community. Needless to say every day in Banyamulenge villages there is massive and gross human right violation, mass killings, looting of their livestocks, burning of the villages resulting in mandatory relocations of internally displaced refugees with no protection and assistances in Minembwe.

The insurgency of the extremist tribal armed groups called Mai Mai supported by some government military and political officials and some Congolese extremists Diaspora leaders including but not limited to Honoré Ngbanda in Belgium and so called Dr. Mulongecha in USA, pose a great threat of genocidal massacres in Minembwe. We call their countries of residence, namely Belgium and the United States to hold those genocide instigators responsible.

Since September of 2016 Mai Mai militias in collaboration with Burundian rebel movement known as Red Tabara of Alex Sinduhije and FNL struck and burned various villages of Banyamulenge in Southern Kivu ranging from private homes, schools and church buildings from Gatanga to Biziba ( over 68 villages).

The latter category of attacks is alarming as they have radicalize relations between the long term neighboring tribes namely Babembe, baFuliro, baNyindu against Banyamulenge. However, contrary to some false reports, it should be noted that this current crisis is not a civil war between tribes, but a planned genocide against Banyamulenge people.

Furthermore, according to various local sources, the current ongoing genocide against Banyamulenge in southern Kivu is largely influenced by the political situation in neighboring countries where foreign armed rebels are striving to make Mulenge region their base and thus, made a coalition with the Mai Mai extremist and terrorist groups in order to drive out Banyamulenge population from their homeland so that they can make it their military base from where to fight their countries.

Unfortunately, the Congolese government instead of protecting its citizens, it has supported the tribal rebels ( Mai Mai) whose known ideology and mission is to kill Banyamulenge or drive them out of their land and destroy all their livestock claiming that they are not fully Congolese citizens despite their pre-colonial settlement in what became the Congo in 1885.

It is important to inform the nations and international public that as this article is being written thousands of Banyamulenge are being fired at, families are internally displaced refugees in their homeland after being driven out of their burned houses, they are outside under the rain and cold with children and old men and women, starving without any assistance, after having not only their houses put on fire, but also their livestock looted. Hundred people have been killed in various fields and left out in the open air without even being properly buried!

Is this a conspiracy to exterminate Banyamulenge people? Let it be clearly known that these situations in Mulenge are publicly declared as Genocide Warnings and has passed the stage of genocide preparation to genocide implementation.

One wonders why the current new government is silent on this pressing and crical issue! Since the new president Tchisekedi Tchilombo has taken power, he has only been giving empty promises and political rhetoric giving false hope to the people of Mulenge, while his governmental military forces (FARDC) has been directly supporting the Mai Mai militas that it claims to fight. There are many evidences to this claim. Government commanders have been caught openly supplying minutions to militias they came to supposedly fight. We believe that president Tchisekedi is likely unaware of the conspiracy of some of his political and military officials, but the fact of the matter is some government military officials have aided militias and government troupes have shown unwillingness to protect the Banyamulenge populace under Mai Mai attacks.

Even the United Nations forces known as MONUSCO has purposely refused to protect the Banyamulenge people and left the hopeless situation of hundreds of thousands refugees in Minembwe just like they did during the genocide in Rwanda in 1994.

What is even more disappointing is the conscious silence of neighbours and regional states while the genocide of Banyamulenge is being conducted.

It is incomprehensible that after the 1994 genocide against Tutsis in Rwanda, until now no one country dare to raise even an Alert about the genocide against Banyamulenge in the Southern Kivu ( Eastern DRC) despite clear indicators of ongoing genocide in Mulenge.

Only God can and will help the Banyamulenge people if all regional states and powers decide to be quit even after the "Never Again" slogan.

We call for the DRC government to take its responsibility to protect its citizens before it's too late and looses it's legitimacy.