Kigali February 19, 2008
U.S. President George W. Bush taking a souvenir Picture in Kigali Rwanda after officially opening the U.S. Embassy in the Rwandan capital of Kigali. During his visit to Rwandan, Bush did sign a bilateral investment treaty between Rwanda and USA. His visit was well received as a good sign of USA's support to the Rwandan government. Rwanda was one of the 5 African countries that president Bush visited during his possibly last trip in Africa as U.S president. 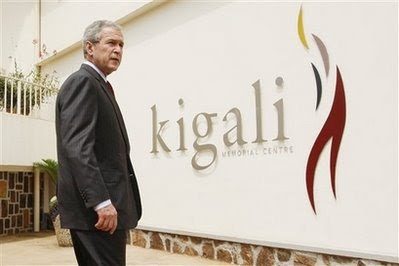 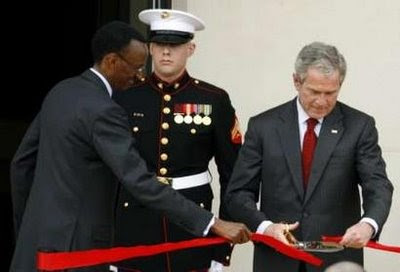 U.S.A President George Bush (R) and his Rwandan counterpart Paul Kagame (L) cut a ribbon to officially open the U.S. Embassy in the capital of Kigali. 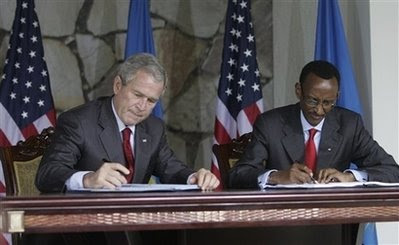