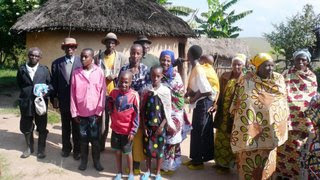 According to recent troubling information, we regret to inform our audience and the world that the Kinshasa government has once again ordered the massacre of innocent Banyamulenge civilian population, this time in their own villages. In the villages of Muramvya and Cyanzovu, there has been an intense fighting between the group of so called "insurgents", a handful group of Banyamulenge soldiers who have refused to be integrated in the army under the "brassage" program for fear of their lives, and the government forces known as FARDC. Instead of pursuing their opponents, the government soldiers FARDC have instead turned against the Banyamulenge population and started shooting indiscriminately killing many people including children and women.
The number of deaths and casualties is not yet known, but estimates suggest couple of dizaines of people who are killed in those villages.
The latest spate of violence, which started at the end of May up to now is resulting in massive killing of Banyamulenge population and a large number of displaced population in the territory of Minembwe.
To add to this tragidy, there is seriously no access to humanitarian assistance in that region.
In addition to these atrocities, the eye witness reports confirm numerous cases of sexual assaults used by the government soldiers against Banyamulenge women as another form of violence to which civilians are exposed.
The situation in the South and North Kivu remains highly volatile and worrying. We request humanitarian organizations to try to provide assistance to affected populations, especially in Minembwe.

The South and North Kivu provinces in the Democratic Republic of Congo (DRC) is an area of chronic violence, which can rise sharply in intensity to the rest of the country.
Due to the genocidal ideology among some Congolese politicians and civil society groups motivated by hatred against Tutsis Congolese, the fighting as well as looting and attacks on the Tutsis civilian population is being seriously used as a means to slowly exterminate the Tutsi population in Congo.

We request international emergency mission to evaluate the situation on the ground and especially to obtain the suspension of any hostilities by encouraging dialogue between the two fighting forces in both Kivu.

Editor
Muhoza A.
Posted by Minembwe at 11:36 AM