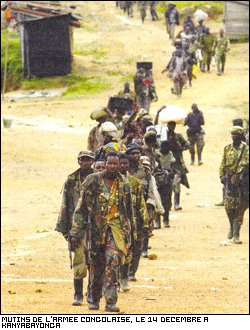 After a week of fierce fighting between Banyamulenge troops attacked by the Congolese forces and militias known as Mai Mai and Interahamwe, more than 400,000 innocent civilians Banyamulenge have deliberatly been targeted and are being killed once again in their villages under the command of the Congolese government.

Thousands of women have been raped, cows and other livestocks looted by these various factions (government, FDLR rebel movements and Mai-Mai militia) under the pretext of fighting a handful Banyamulenge soldiers who were already in the process of joining the army of the Democratic Republic of Congo after being sceptical of being integrated in the government army. In fact, a good number of them had just joined the government forces and are now being forced to fight their camarades. This is obviously another tactic by the Congolese government to fragilize Banyamulenge people, first by dividing their soldiers and killing them, and eventually finishing off the civilian population without any defense.
This is the forth government attack against the Banyamulenge people since 1996, following an official decision by the Congolese government to forcefully expel these Tutsi Congolese from their country to Rwanda. The 1996 war which ended up taking a national scope, started again exactly in this manner.
The current war situation in Minembwe is just an iceberg of suffering of the civilian populations of the Banyamulenge and other Tutsi congolese in the eastern part of the Congo. As the situation continues to worsen in Southern Kivu, the same is happening in Norther Kivu, in the town of Goma where Tutsi Congolese are being hunted down and injustly arrested, beaten for the simple reason of being who they are: Tutsis.

Our sources in the area (Mibunda, in Minembwe territory) confirmed high numbers of casualties on both sides.
Several reports and eyes witness confirm that the Congolese government is currently transferring large amount of ammunitions, troops, and other heavy military equipments into the Minembwe territory, an area where the Banyamulenge live.This new twist in the current Congolese politics has received almost no coverage in national and international medias, except for the BBC. This is very worrying, and potentially dangerous situation likely to increase the figures of civilians who are perishing unjustly in Mulenge.

Editor
Posted by Minembwe at 12:57 PM