THOUSANDS of COWS of Banyamulenge Looted in Mibunda 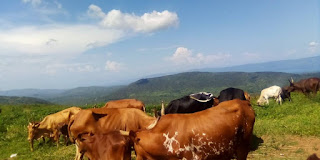 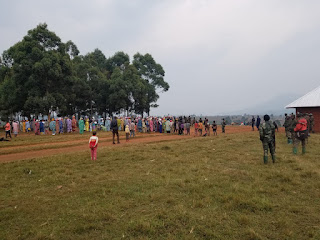 Over 500 cows belonging to Banyamulenge people have been looted by the Mayi Mayi militias in Mibunda this Saturday June 29th, 2019.

While the Mayi Mayi war against Banyamulenge is still going on in Minembwe, the local defence with the support of some FARDC elements under col Simeon have managed to push them outside the Minembwe perimeters. The Mayi miliciens who had been secretly getting the support of col. Katembo, a government military officer, had gained momentum and swiftly conquered many villages burning all of them including all livestock's of Banyamulenge people in Minembwe. They burned the villages of Irumba, Biziba, Monyi, Rutigita, Kabingo etc. All inhabitants of the above villages and many more fled to the nearest villages of Runundu and ILundu.

The Mayi Mayi gained support not only from some government military officials such col Katembo, but also from Red Tabara, a Burundian armed group operating freely in Congo.

It's important to mention that this time around all the miliciens from the 3 neighboring tribes namely Bafulero, Nyindu and Babembe have made a coalition of evil to attack Banyamulenge and burn all their villages from Rurambo to Rugezi. In other words, all Mulenge land. Sadly, they have almost succeeded as at least 90% of all Mulenge villages have been burned and completely destroyed.

As a result, the Mulenge populace have been forced to flee into refugees camps in neighboring countries.

This is the second month since the war broke down, but non real government intervention has been done.

Sadly, even no single international humanitarian organization has dared to bring help to this desperate population who have been living outside, with no shelter and food.

What is even more disturbing is the indifference of MONUSCO before such suffering population. Monusco has air planes but has purposely refused to transport the food for these internally displaced refugees in such an isolated area where there is no other means of transportation.

For decades, the Banyamulenge people in the Mulenge region have been subjected to extreme form of discrimination, abuse and xenophobia from their own government usually through their neighboring ethnic groups. They had been restricted access to many basic government services, not to mention infrastructure. The government since independence has supported, promoted and some time initiated actes of violence either through state military forces or ethnic armed groups whose intentions were to destabilize Banyamulenge until they abandon their land and country, which in their views does not belong to Banyamulenge. As a result, these constant threats, abuse, killings and looting of their flocks, and burning of their centuries built villages a great number of people have fled and abandoned their home land of Mulenge. Although But it is becoming impossible to keep a lid on the catalogue of events there. Violence, torture and extrajudicial killings are all part of the region's recent narrative.

It's time that Banyamulenge people rethink about their future and destiny in Mulenge.