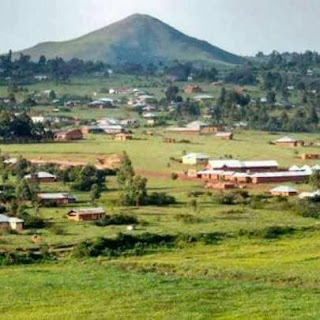 Minembwe,
May 20th, 2019,
For the 3rd consecutive day, numerous Banyamulenge villages including but not limited to Mikalati, Kabara, Kamombo, Mutanoga, Mikenge, Ngoma just to name but the few, have been burned and completely decimated by the coalition of Mayi Mayi militias and some Burundian armed groups operating freely in Eastern Congo.
Sadly, the population of those villages are now scattered in forests and on mountains abandoned to themselves with no single humanitarian support. They have no food, no shelter and under the rain, and this tragic event is not covered by the local, regional and international media.
Although this new episode of war is believed to have been sparked by the death of a certain village chief from the Banyindu tribe known as Kawaza, allegedly killed by a rebel leader after being informed by one of the deceased chief Kawaza's that his body guard who died recently was indeed murdered by chief Kawaza.
It's important to stress that the scope of the coordinated attacks on Banyamulenge villages by the Mayi Mayi in coalition with the Burundian armed forces was well planned and thoroughly organized and coordinated well before the unfortunate death of Kawaza. It's also known that the aim of ennemis of Mulenge is to make Mulenge completely ruined and ensure all Banyamulenge leave their motherland.
Suffice to say that the Congolese government continues to prove not only its incapacity to secure and protect the Banyamulenge populace, it has demonstrated at many occasions it's conspiracy and complicity in this evil plan to destabilize Mulenge, and eventually drive out Banyamulenge.
We call upon all all national and international Humanitarian organizations to come to aid these vulnerable internally displaced refugees and provide them with the basics such as food, clean water and shelter.
We call also the government of the DRC to take its responsibility to protect the people of Mulenge and ensure their safety as well as rehabilitate their burned and destroyed villages.
We call upon Monusco to cease to distract the local population by giving them false hope for protection while they watch timidly as the rebels attack and kill the innocent population left with no protection whatsoever.
Finally we call all Banyamulenge leaders to take their responsibility and take the political destiny of their people and their homeland in their own hands as failing to do so will only precipitate the evil plan for the extermination of Banyamulenge and total destruction of Mulenge. Presently, over 2/3 of Mulenge has been destroyed, villages burned and the population is scattered even to refugee camps in neighboring countries. This is totally inacceptable. The DRCONGO has clearly demonstrated its unwillingness to protect the Banyamulenge people and failing to recognize that is simply irresponsible or illusion. It's passed time to say enough is enough. We have had it! We can no longer take it.
A. M
For Journal Minembwe
Posted by Minembwe at 6:43 PM